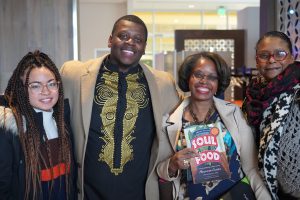 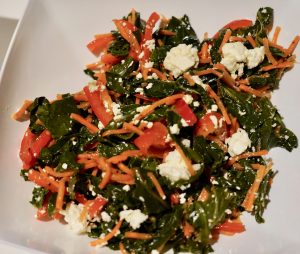 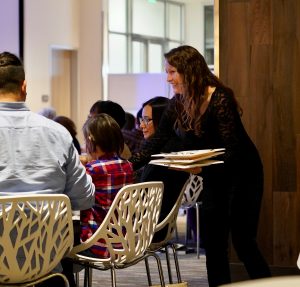 Award-winning author Adrian Miller brought people, history, and food together in two orchestrated events at Upper House, featuring soul food and dishes crafted in the White House kitchen by a succession of African American chefs that stretches back to George Washington.

The Executive Director of the Colorado Council of Churches is also known for his Soul Food Scholar blog and podcast interviews, where he “drops knowledge like hot biscuits.” Food, he said, is one of the best ways to bring people together, to create connections and discover common interests—even where significant differences exist. Food, combined with a listening ear and inquisitive spirit, is a key component of radical hospitality. At the Upper House events, food was the thread that tied together Miller’s historically-rich presentations. 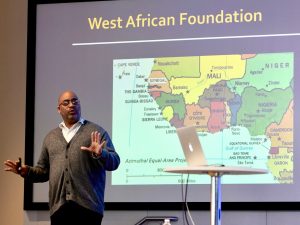 At Theology of Soul Food—while we savored ribs, fried chicken, corn bread, collard greens, macaroni, and pulled-pork sliders—Miller talked about the history of soul food, from its foundations in Western Africa to its forced migration to the Americas via the Atlantic slave trade. Soul food in different regions of the United States can be traced to specific regions of Africa.

At the evening event, while we dined on hoe cakes, Eisenhower beef stew, kale salad, and sweet potato cheesecake, Miller shared the history of the slaves and, later, staff, who served presidents’ families. From Hercules, George Washington’s slave who later escaped, to the staff of Air Force One, Miller related stories about the lives, living conditions, and contributions of specific African Americans, and the idiosyncratic tastes of the presidents they served. 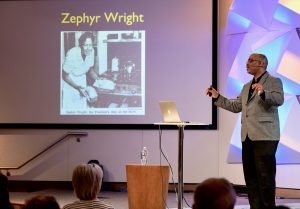 President Franklin Delano Roosevelt, for example, asked staff to make his favorite pig’s feet dish as a treat for Winston Churchill, who apparently was not a fan. And President Lyndon Johnson’s long-time cook, Zephyr Wright, gave him an inside view of the indignities she experienced when travelling with his family in the south. When he signed the Civil Rights Act of 1964, he gave her one of the ceremonial pens he used to sign the act, saying, “You deserve this more than anyone else.” 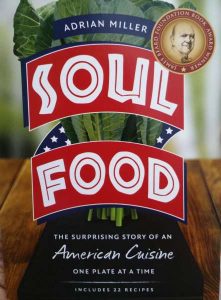 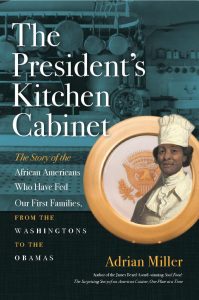 Miller’s books remain on sale at Upper House for $15 each (our cost) through February 28. Contact Jean Collins to purchase one or both books. Miller is now working on a third book, Black Smoke, about the history of African American barbecue culture, which will be published by University of North Carolina Press.