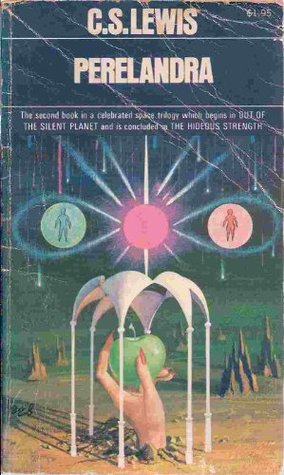 For most of us, science fiction, fantasy, or horror novels are something we read, if at all, recreationally—they give us worlds to escape to and stories to help us relax. But this is not the only way to think of science fiction. Imagination and the imaginative life are vital to forming our character and our understandings of the world. To draw too sharp a distinction between imagination and other parts of life is to divide what God has intended to be whole.

C.S. Lewis recalled in his autobiography, Surprised by Joy, how breaking down the barriers between “imagination” and “intellect” was crucial to his appreciation of the Christian message. He recalled of his younger self: “such, then, was the state of my imaginative life; over against it stood the life of my intellect. The two hemispheres of my mind were in the sharpest contrast.” In Lewis’ telling, it was the spark of his imagination that enabled his intellect to begin to move in new directions, both working together and forming his whole person to be newly receptive to the message of the gospel.

Part of Lewis’ mission as a Christian writer was to help his readers enlist their imagination in order to awaken to the grandeur of God and the profound scope of the work of Christ. The Narnia books and Space Trilogy were tools Lewis fashioned for readers in the hopes of creating an imaginative tapestry, using the modern forms of mythology—science fiction and fantasy—to reform our imaginations toward the biblical message.

Lewis’ success, of course, is a matter for debate, but his intent was not. Lewis wrote repeatedly on the need to unshackle our imaginations from the here and now in order to get a better perspective—on the here and now. “The value of the myth,” Lewis wrote, referring to all types of imaginative stories, “is that it takes all the things we know and restores to them the rich significance which has been hidden by ‘the veil of familiarity.’” Not only did “myth,” or fiction, bring clarity to the familiar, but it brought vibrancy, too. The reader “does not despise real woods because he has read of enchanted woods; the reading makes all real woods a little enchanted.” Ultimately, Lewis hoped for imaginative fiction to help awaken us to a sense of joy that signaled a far deeper and vaster reality than our five senses could grasp. “The real labour is to remember, to attend [to the presence of God]. In fact, to come awake. Still more, to remain awake.”

Science fiction, Lewis believed, had the unique power to awaken us to our present moment and merge imagination and intellect. This same conviction is why we at Upper House are hosting an event on September 26 titled “Science Fiction and Christian Hope.” By speaking with local writers (Maurice Broaddus and LaShawn Wanak) and critics and close observers of the science fiction scene (Josh Matthews and Susi Jensen), we will explore exactly how science fiction—written and created by Christians and non-Christians alike—can help Christians develop a more vivid and rooted understanding of hope. We will discuss the reasons why science fiction can become an appealing genre for Christians, and why it is a uniquely suited medium to depict Christian understandings of sin, redemption, and hope; the problems of the present world; and the Bible’s arc toward justice.

This is all to say that science fiction’s explorations of themes of faith, injustice, justice, and the future are valuable to sparking our spiritual as well as intellectual imaginations. Spending time in science fiction books doesn’t have to be merely recreational; it can also be another avenue to explore, to test, and to imagine the fullness of the world God has created.