Brad Gregory: Rebels With a Cause 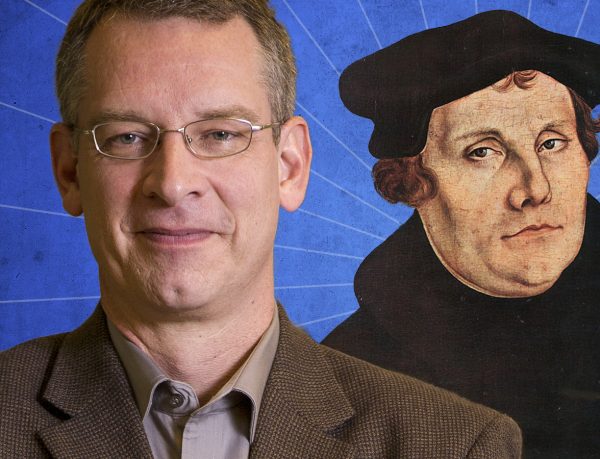 When Martin Luther published his 95 Theses in October 1517, he had no intention of starting a revolution. In his latest book, Rebel in the Ranks (2017), historian Brad Gregory offers an in-depth portrait of Martin Luther as the foundation for a detailed examination of the Reformation. But in many ways, the world we live in today bears little resemblance to what Luther and other Reformers sought or intended to achieve in the sixteenth century. Professor Gregory comes to Upper House, in partnership with Geneva Campus Church and Badger Catholic, to explore the rich story of the Reformation, its resonance in our world today, and how alarmed the Reformers would be to see a secularzied Western culture where religion is increasingly marginalized.

Brad S. Gregory is Dorothy G. Griffin Professor of Early Modern European History at the University of Notre Dame, a world-class historian, and award-winning author of Salvation at Stake: Christian Martyrdom in Early Modern Europe and The Unintended Reformation: How a Religious Revolution Secularized Society. He received his Ph.D. from Princeton University and was a Junior Fellow in the Harvard Society of Fellows. Before joining the faculty at Notre Dame in 2003, Gregory taught at Stanford University. He has received multiple teaching awards and was named the inaugural winner of the Hiett Prize in the Humanities from the Dallas Institute of Humanities and Culture. Gregory’s research focuses on Christianity in the Reformation era, the long-term effects of the Reformation, secularization in early modern and modern Western history, and methodology in the study of religion. Dr. Gregory is the author of many scholarly articles and most recently published Rebel in the Ranks: Martin Luther, the Reformation, and the Conflicts That Continue to Shape Our World.