American Covenant: A History Of Civil Religion From The Puritans To The Present 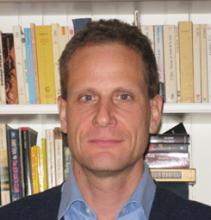 Was the United States founded as a Christian nation or a secular democracy? Neither, argues Philip Gorski in American Covenant. What the founders actually envisioned was a prophetic republic that would weave together the ethical vision of the Hebrew prophets and the Western political heritage of civic republicanism. In his ambitious new book, Gorski shows why this civil religious tradition is now in peril—and with it, the American experiment.

Philip S. Gorski received his Ph.D. in sociology at the University of California, Berkeley, taught at UW-Madison and has been at Yale University since 2007. He is the author of the recently published, and widely reviewed, American Covenant: A History of Civil Religion from the Puritans to the Present. His work in comparative-historical sociology explores theory and methods in modern and early modern Europe, along with state formation, nationalism, revolution, economic development, and secularization with particular attention to the interaction of religion and politics. In addition to American Covenant, he is the author of, The Disciplinary Revolution: Calvinism and the Growth of State Power in Early Modern Europe (Chicago, 2003); Max Weber’s Economy and Society: A Critical Companion (Stanford, 2004); and “The Poverty of Deductivism: A Constructive Realist Model of Sociological Explanation,” Sociological Methodology, 2004. Gorski is also the Co-Director (with Julia Adams) of Yale’s Center for Comparative Research (CCR) and co-runs the Religion and Politics Colloquium at the Yale MacMillan Center.