In partnership, Geneva Campus Church and Upper House co-host an annual lectureship that elevates deep Christian thinking and the life of the mind. 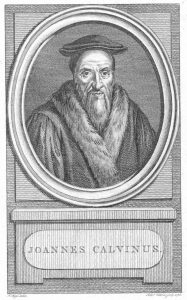 The Reformed movement was spearheaded by John Calvin, a French scholar and theologian who arrived in Geneva, Switzerland in 1536, following publication of his influential “Institutio christianae religionis” (or Institutes of the Christian Religion). As the Reformed movement evolved, Geneva became a center of learning and a significant spiritual presence in Europe—a “second Rome” that drew Protestant believers and refugees escaping religious persecution. There Calvin also established primary and secondary schools, as well as the University of Geneva.

Taking its name from Calvin’s Geneva, Geneva Campus Church is a lively congregation of students and community members located near the campus of the University of Wisconsin–Madison. Begun in 1967 as a handful of students sharing worship, occasional meals, and Bible study, Geneva has grown into a congregation serving the campus, the city, and the world.

Out of respect for the historic leadership and intellectual foundations of Reformed thought, each year the Geneva Forum will feature a theologian, scholar, pastor, artist, or public intellectual who, in conversation with the Reformed tradition, will add to the thought life of University of Wisconsin-Madison and the larger community.

Building on a Tradition of Excellence

Upper House is pleased to partner with Geneva Campus Church in its tradition of integrating faith, intellectual inquiry, and community engagement. Forum dates and speakers are announced every fall.\

Faithful Politics in a Divided World