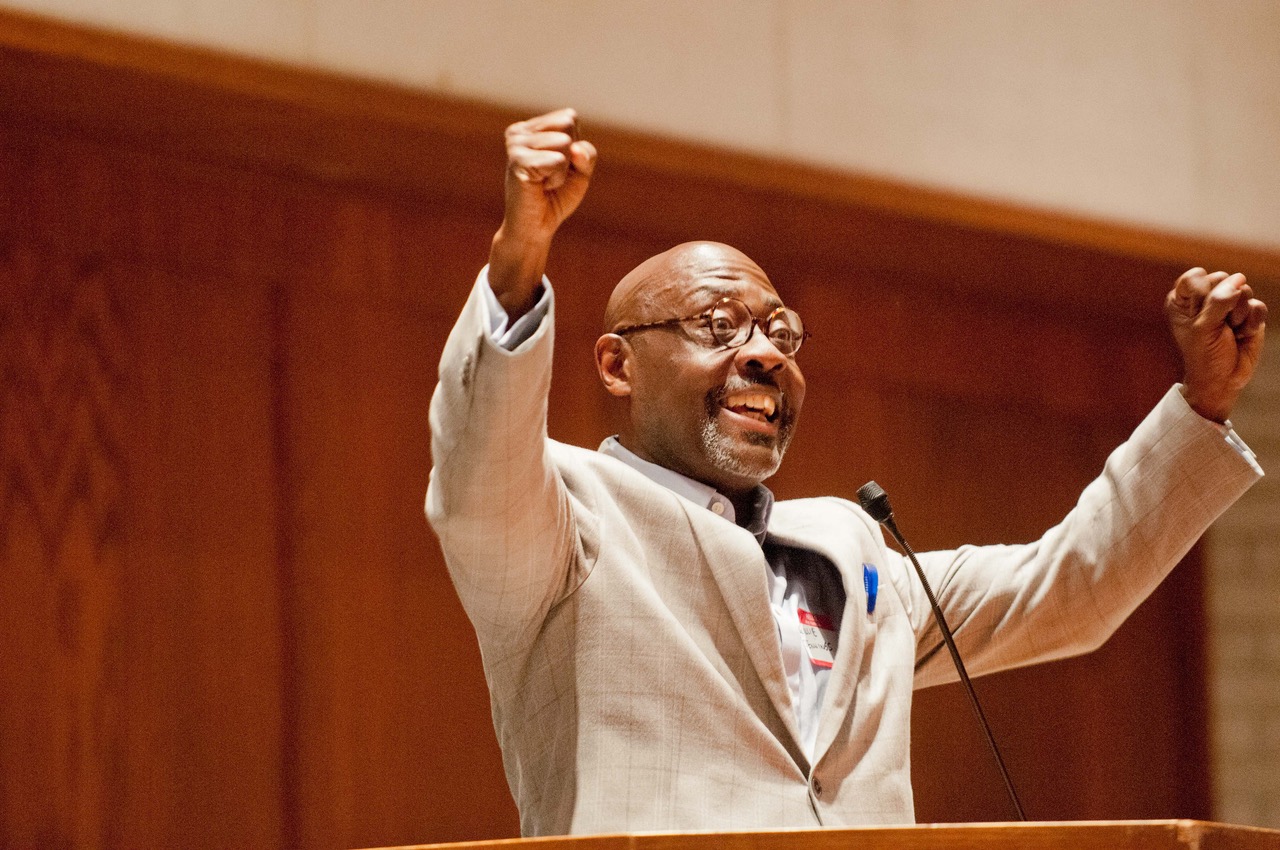 Theology of Creation: Creation Against Race

Christians don’t really have a working doctrine of creation. We confess that we believe in God our Creator and that we are creatures, but that confession plays no significant role in how we live our lives or how we address some of the most pressing issues of human existence today. So, through lecture and conversation, Dr. Willie J. Jennings will introduce ways that a vision of ourselves as creatures created by a triune God should guide the way we live against racial ways of being in the world and against the geographic segregation that guides our minds and bodies in the world.

This lecture is the first of two, locating the problem of the racial imagination inside a series of tragic Christian mistakes that can only be truly addressed by a renewed Christian imagination that takes seriously the Christian story. That story begins with the Gentiles entering the story of Israel and learning of its God, our creator and of ourselves as creatures joined together.

Dr. Jennings was born and raised in Grand Rapids, Michigan. Dr. Jennings received his B.A. in Religion and Theological Studies from Calvin College (1984), his M.Div. (Master of Divinity degree) from Fuller Theological Seminary in Pasadena California, and his Ph.D. degree from Duke University. Dr. Jennings who is a systematic theologian teaches in the areas of theology, black church and Africana studies, as well as post-colonial and race theory. Dr. Jennings is the author of The Christian Imagination: Theology and the Origins of Race, published by Yale University Press. It is one of the most important books in theology written in the last 25 years and is now a standard text read in colleges, seminaries, and universities. Dr. Jennings is also the recipient of the 2015 Grawemeyer Award in Religion for his groundbreaking work on race and Christianity. Dr. Jennings recently authored commentary on the Book of Acts has won the Reference Book of the Year Award, from The Academy of Parish Clergy and now Dr. Jennings is hard at work on a book on the doctrine of creation, tentatively entitled, “Reframing the World.”

In addition to being a frequent lecturer at colleges, universities, and seminaries, Dr. Jennings is also a regular workshop leader at pastor conferences. He is also a consultant for the Wabash Center for Teaching and Learning in Theology and Religion, and for the Association of Theological Schools.

He served along with his wife, the Reverend Joanne L. Browne Jennings, as associate ministers at the Mount Level Baptist Church in Durham, North Carolina, and for many years, they served together as interim pastors for several Presbyterian and Baptist churches in North Carolina. They are the parents of two wonderful daughters, Njeri and Safiya Jennings.