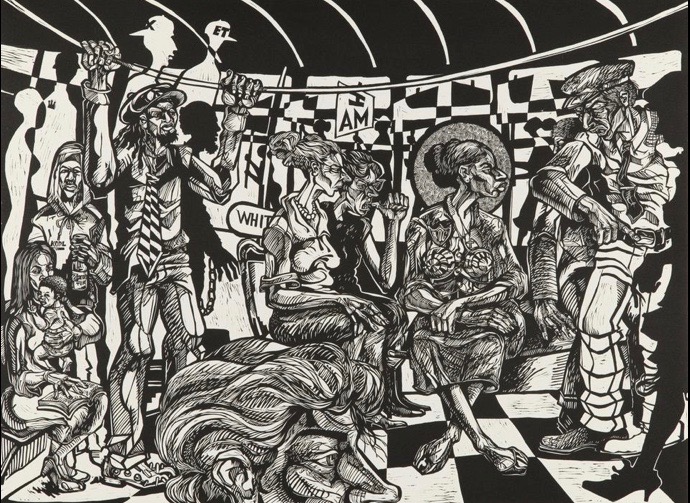 Steve Prince, printmaker, sculptor, and educator, joins us for an illuminating lunch-time presentation at Upper House.

In his art and speaking, Prince honors the beauty of humanity, the dynamism of culture, the living text of Scripture, and the realities of economic inequity and racism. His particular dramatic interest is to portray the vibrancy of Black faith, history, and culture. Steve declares, ‘We are all living epistles, whether we want to be or not’ (Image Journal), and it is his Christian faith that calls him to be an artist and explore the dynamic intersections of his life, culture, and community. One New Orleans based art critic described Prince’s work as “startling in its ability to elucidate inexplicable worlds within worlds.”

In-Person with Online Option. (The week before the event, we will email you to learn if you plan to attend in-person or online.)

Steve A. Prince is distinguished artist in residence and Director of Engagement for the Muscarelle Museum of Art at The College of William & Mary. A native of New Orleans, Louisiana, he currently resides in Virginia. Prince received his BFA from Xavier University of Louisiana and his MFA in printmaking and sculpture from Michigan State University. He is represented by Zucot Gallery in Atlanta, Georgia. Prince has created several public works, including an eight-by-eight foot mixed media work titled Lemonade: A Picture of America at the College of William and Mary, commemorating the first three African American resident students at the college in 1967.
Image: “Rosa Parks,” by Steve Prince, linoleum relief print on paper, 36 inches by 50 inches, 2017.