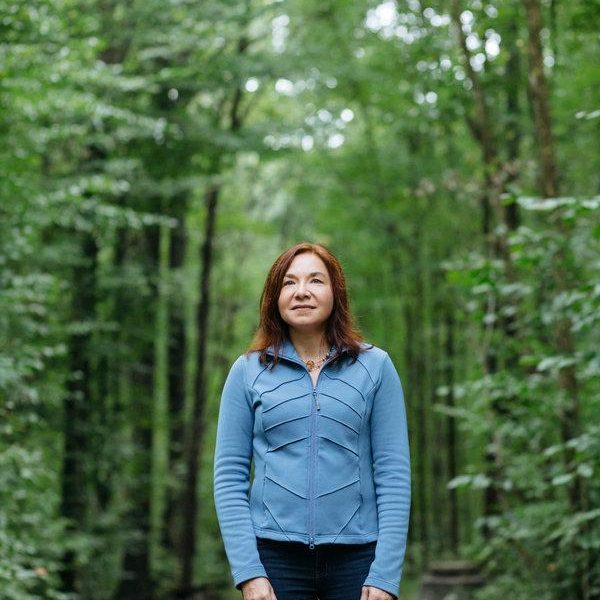 Since the time of Galileo, science and faith have been framed as two opposing, or at best, non-overlapping systems. Skepticism about the effects of climate change—exhibited by many Christians in the U.S.—perpetuates this perceived warfare between science and religion. Mounting scientific evidence clearly documents the risks posed by climate change to the poor, the needy and other vulnerable populations – the very people Christians, and other communities of faith, are called to love. Regrettably, those who deny climate change often believe they are in the right, making a moral stand.

Combining basic tenets of the Christian faith with recent findings from the areas of climate science, psychology and sociology, Katharine Hayhoe—a world-renowned climate scientist and an evangelical Christian—will discuss potential reasons for these disagreements and the role that shared values may play in moving us forward past these barriers.

Dessert, coffee and tea will be provided.

Katharine Hayhoe is an atmospheric scientist whose research focuses on developing and applying high-resolution climate projections to understand what climate change means for people and the natural environment. She is a professor and director of the Climate Science Center at Texas Tech University and has a B.S. in Physics from the University of Toronto and an M.S. and Ph.D. in Atmospheric Science from the University of Illinois.

Concurrently, Katharine is bridging the broad, deep gap between scientists and Christians— work she does in part because she’s a Christian herself. She hosts the PBS digital series Global Weirding: Climate, Politics and Religion, and she has been named one of TIME’s100 Most Influential People and Fortune’s World’s 50 Greatest Leaders.

Hayhoe has served as a lead author for the Second, Third and Fourth U.S. National Climate Assessments. She has also received the National Center for Science Education’s Friend of the Planet Award, the American Geophysical Union’s Climate Communication Prize, the Sierra Club’s Distinguished Service Award, and the Stephen H. Schneider Climate Communication Award.

This Event is Brought to You in Partnership by…

The Loka Initiative is a new education and outreach program at the Center for Healthy Minds and the University of Wisconsin–Madison for faith leaders and religious institutions. Its mission is to support faith-led environmental efforts locally and around the world through collaborations with faith leaders and religious institutions on environmental protection, sustainable development and global health issues.

The Center for Religion and Global Citizenry exists to increase UW-Madison students’ religious literacy and their facility for communicating across boundaries of faith so that they function effectively as citizens of a religiously diverse world. We seek to provide our students with the knowledge and skills to surmount the barriers of religious difference and to become interfaith leaders in whatever career trajectories the future might hold for them. With several different programs functioning in cooperation, the Center serves the student population as well as faculty, staff, and community members.

Outrider believes in the power of an informed, engaged public. We envision a world where people live without fear of climate-induced catastrophe or nuclear war. The first step to taking meaningful action is to understand these challenges. Outrider’s interactive features and in-depth articles help you learn what’s at stake and how you can be a part of the solution.

Upper House curates experiences of Christian thinking, being, and doing, through our physical space, the programs we offer, and by extending hospitality to others for individual transformation and for the life of the world.

By signing up to attend this event, your email may be added to any of the above partner mailing lists from which you are welcome to unsubscribe at any time.